Colin Curtis Chapman was born into the Chapman family in the early nineties. One of four children to Colin David and Margaret Chapman . Colin has two older sisters and a younger brother. Adventurous, busy and loyal are qualities that led from rough and tumble boyhood adventures with an ever-growing group of friends, to an interest in rugby union; playing for Merewether Carlton from the age of 9 to 16. Gardening is a hobby that Colin has enjoyed and that was nurtured from a really early stage, and shared with great-grandmother Emma Eileen Chapman. Being the first grandson Colin was named after great-grandfather Colin Court Chapman, grandfather Colin Firth Chapman, the founder of Colin Chapman Real Estate, and father Colin David Chapman, the current owner and managing director of Chapman Property.

Colin having to learn and grow through the various roles he has held in Chapman Property over the years has gained invaluable skills and experience in all departments and along with the day to day runnings of the business, has seen Colin’s role grow and evolve into the position to which he currently holds as Chief Operations Officer. 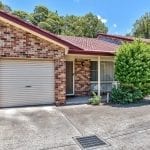